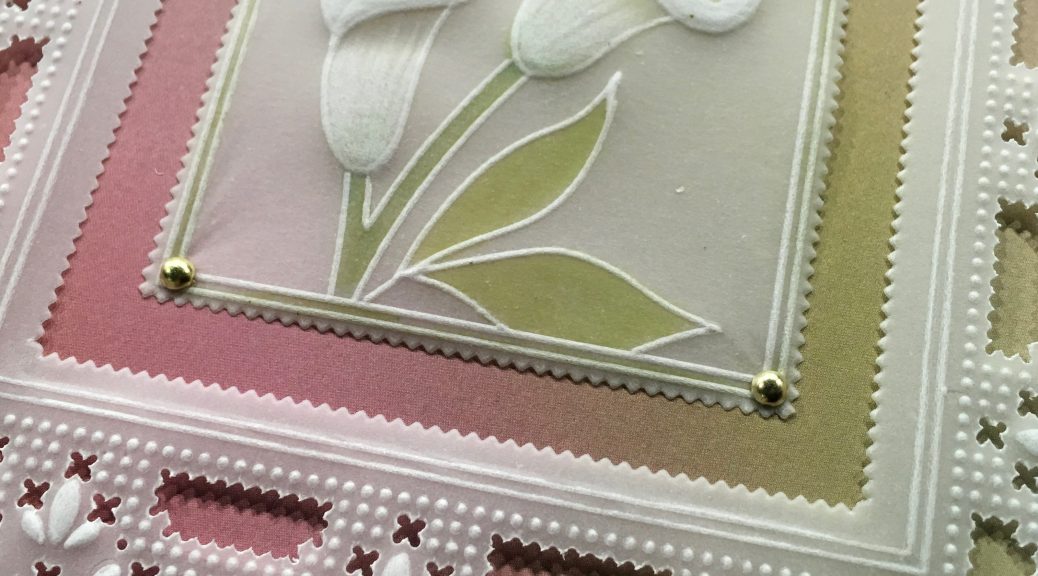 Thanks for popping in.

Just got in from the TV Studios.

Told you the new Queen’s Grids were a game changer, didn’t I?!?! When I think something is super special, spectacular, you usually do, too. Just wait till you get them home to play – you will be blown away….

Just in case you are wondering what on earth I am talking about, it’s the new Duet Grids we launched at the weekend.

They blew the doors off!!! I KNEW they would though! Before I stop for the day, and rest my weary head, let me finish the demo I was doing on telly during the 9am show, before I got cut off in my prime!! hahaha

Actually, I finished it off on set, after the cameras were diverted to the next show…. 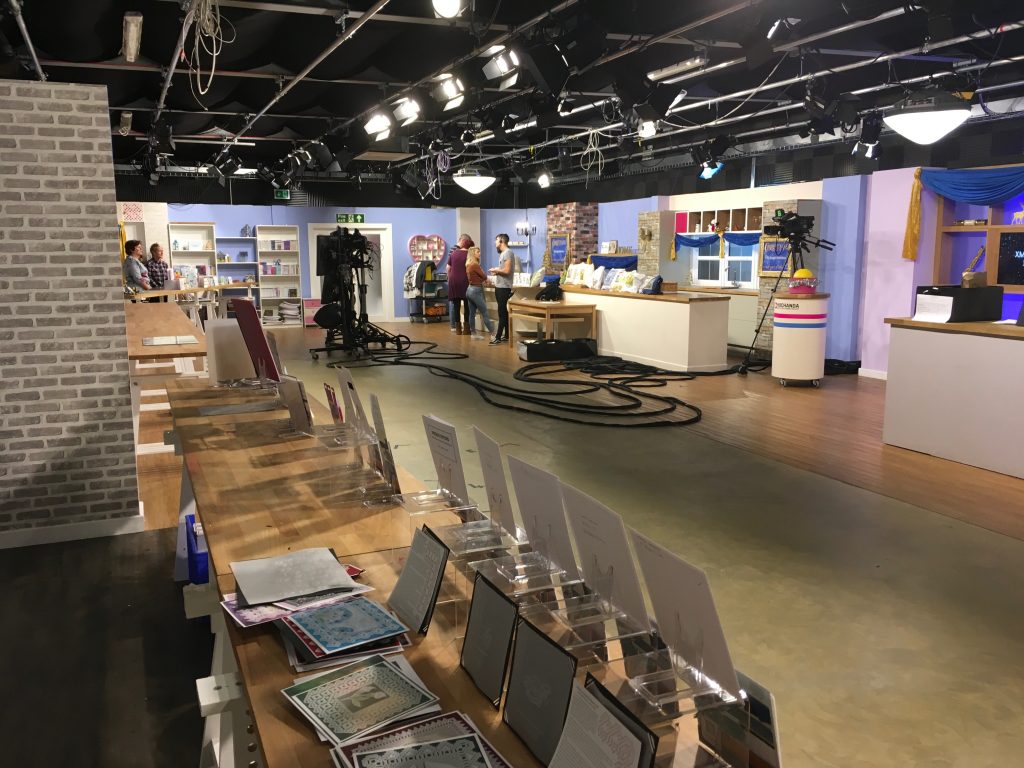 Let me rewind to the start! This was where we were headed. Fab sample by Karen Jackson, who helped us with all the prep and staging. 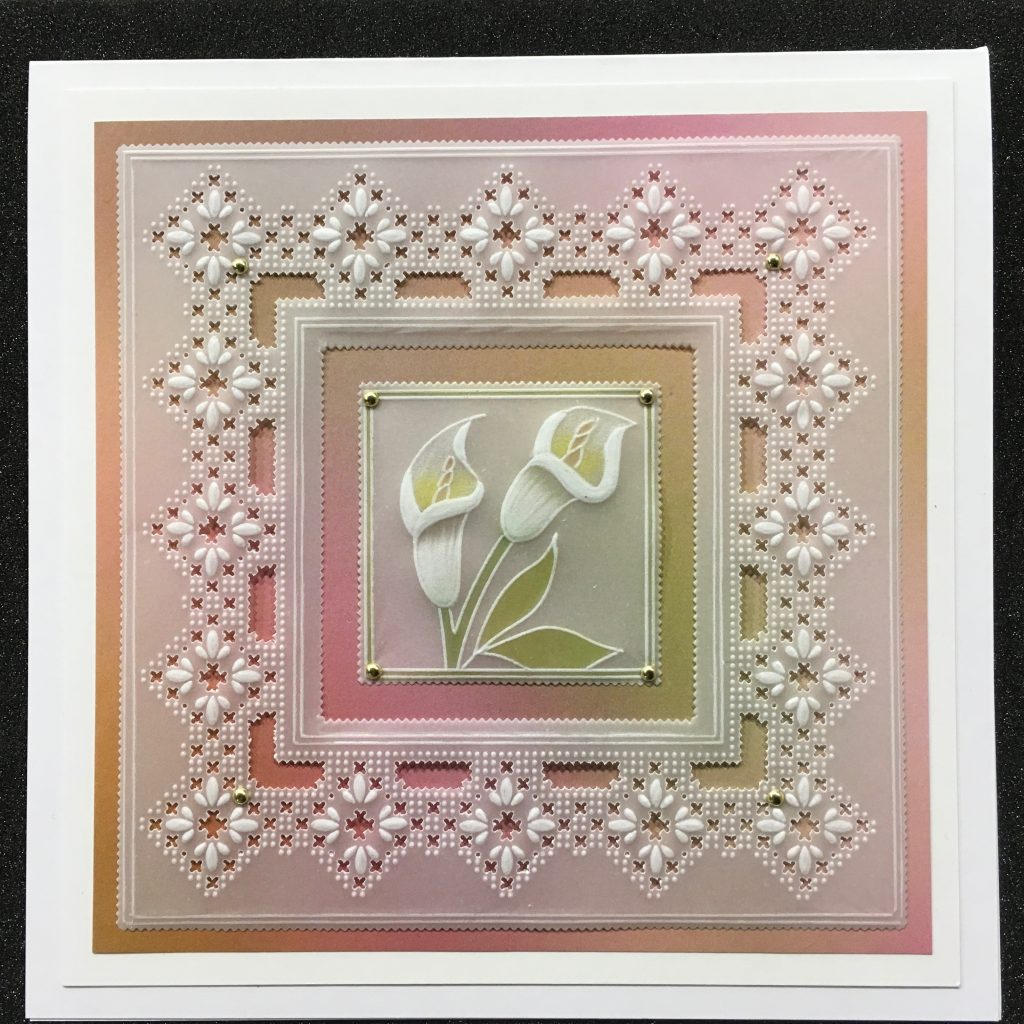 Emboss the pattern all the way round the frame using the No. 2 tool. Swop out pattern from other Elizabeth plate optional.

Flip the parchment and flip the plate to perforate. Use the bold 1, 2 and 4 needle tools to perforate between all the embossed pattern. The drilled holes in the plates make it easy. The Lightwave certainly helps too. 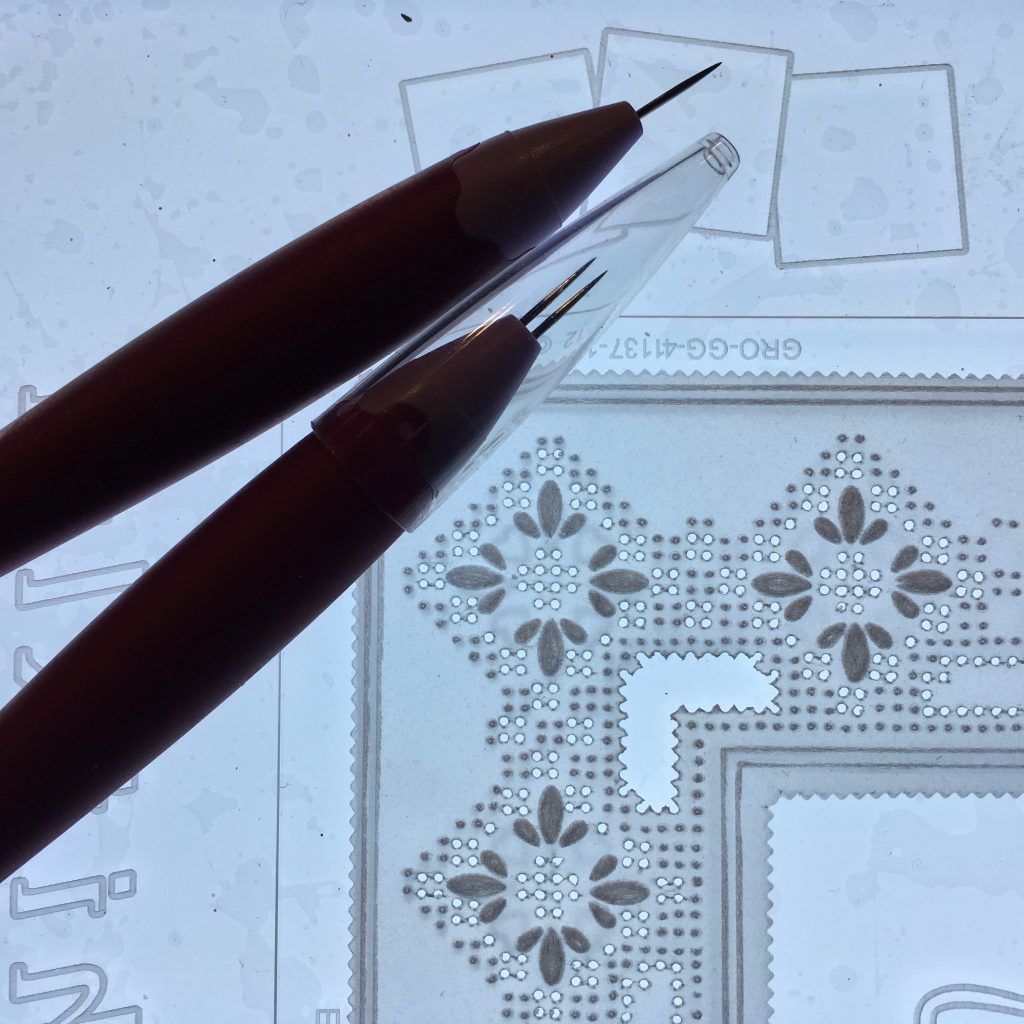 Refer to the cutting pattern inside the packet the plate came in, to figure out which bits to cut out.

Actually, I managed to squeeze all that into the live hour! 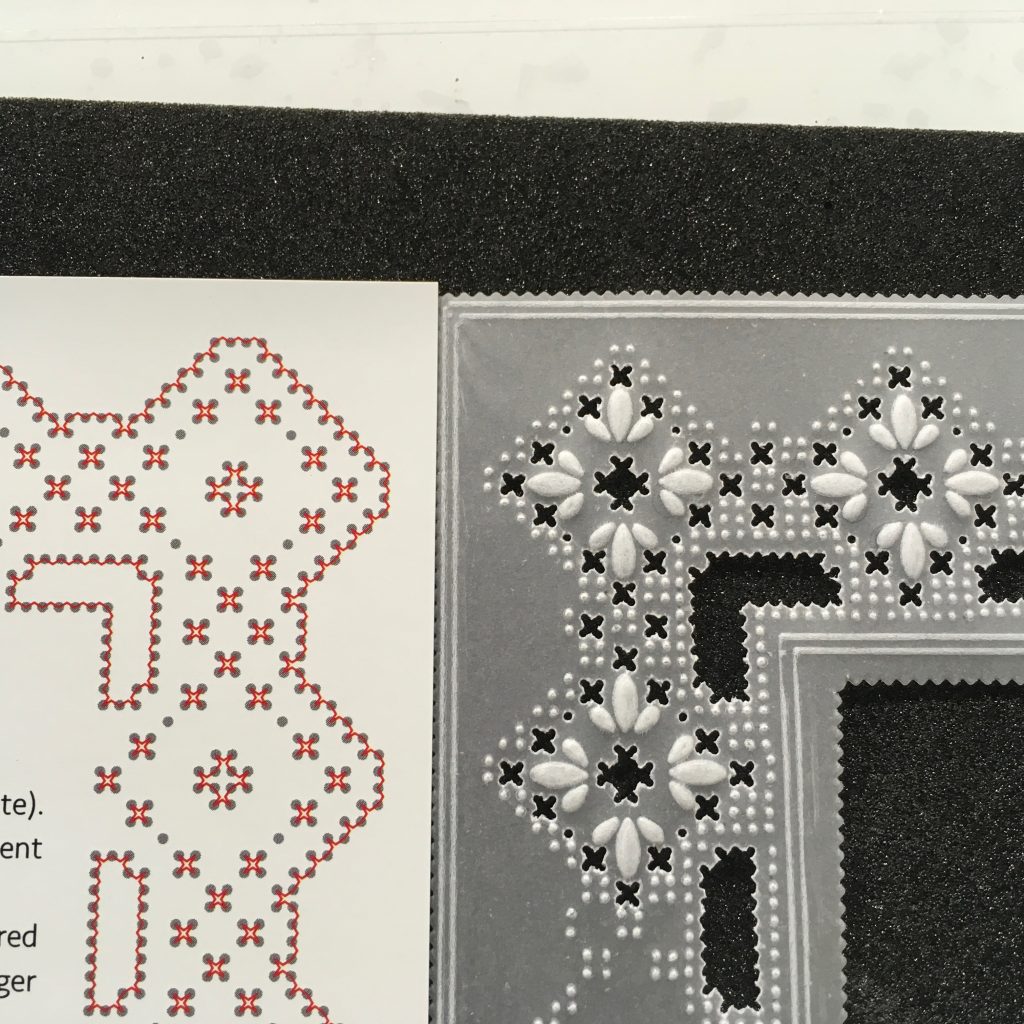 Even managed to get the lily embossed for the centre, do the whitework AND add colour with the Perga Liner B pencils. 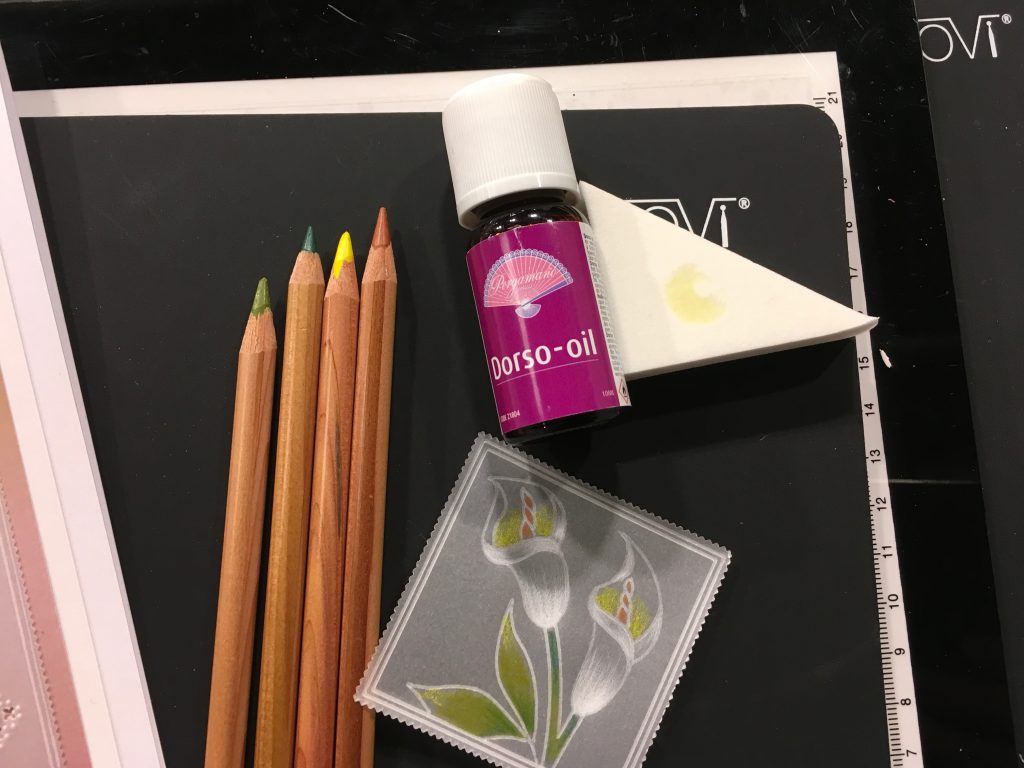 That’s when we ran out of time, so all I did after that, was blend the colour with a little Dorso oil on a blending pen.

See how smooth the top leaf is? 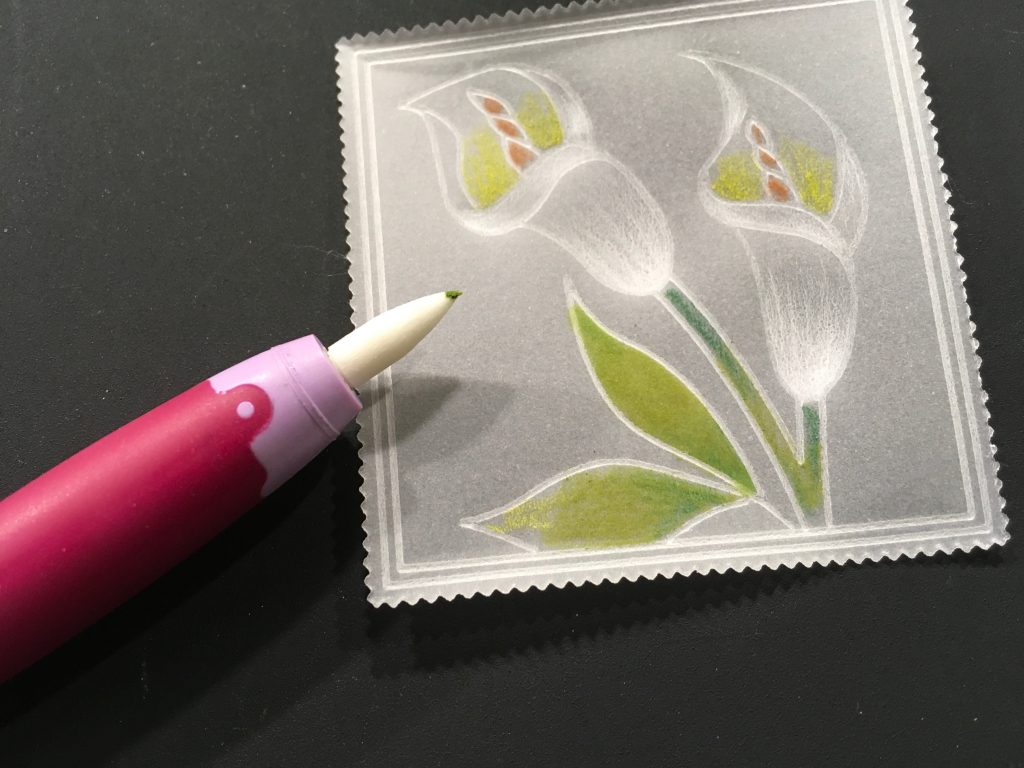 Blend all the colours on the back. 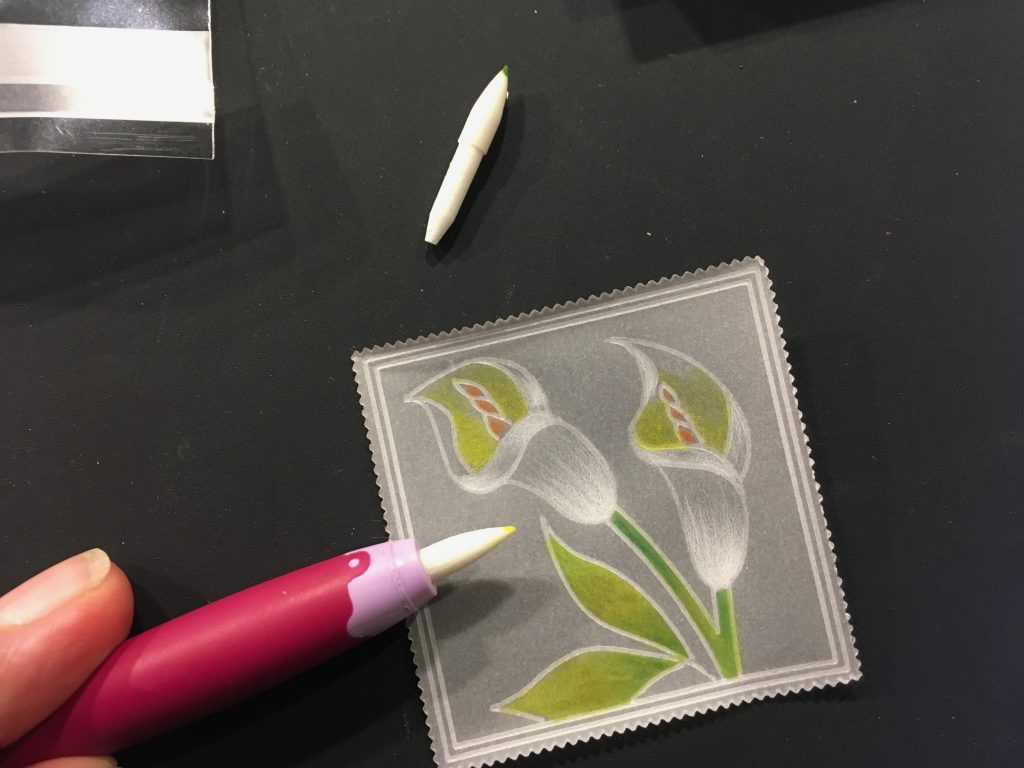 There you go! I was so close to the finish line! 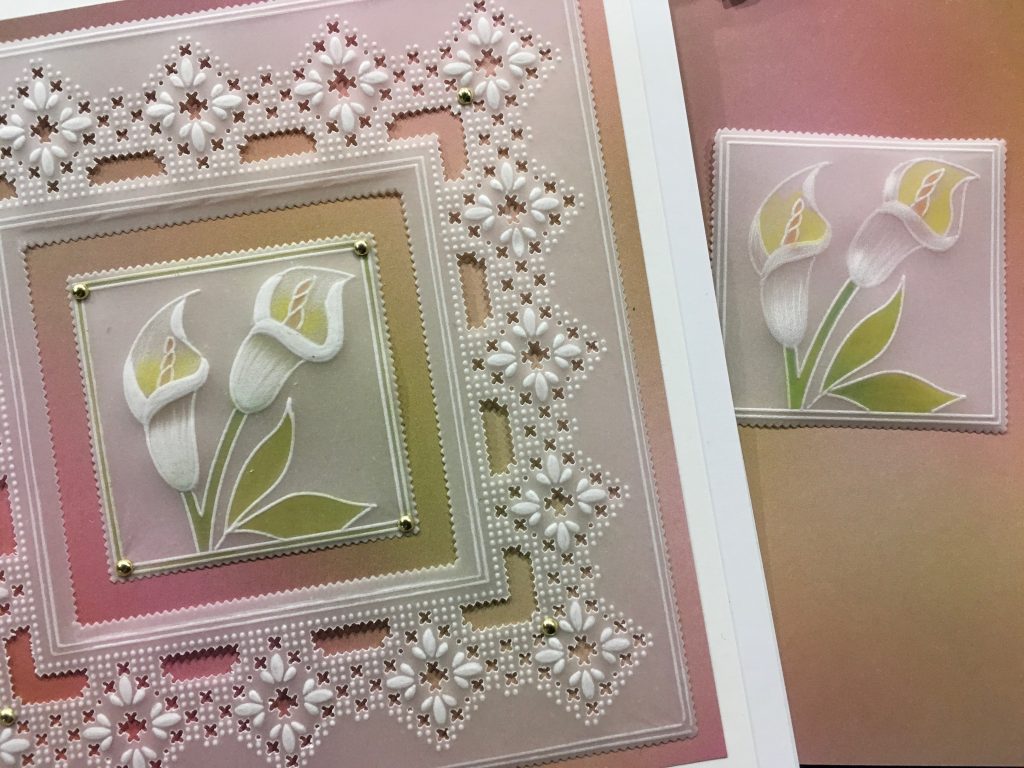 Attach the 2 parts to the Indian Summer paper, and Bob’s your uncle! 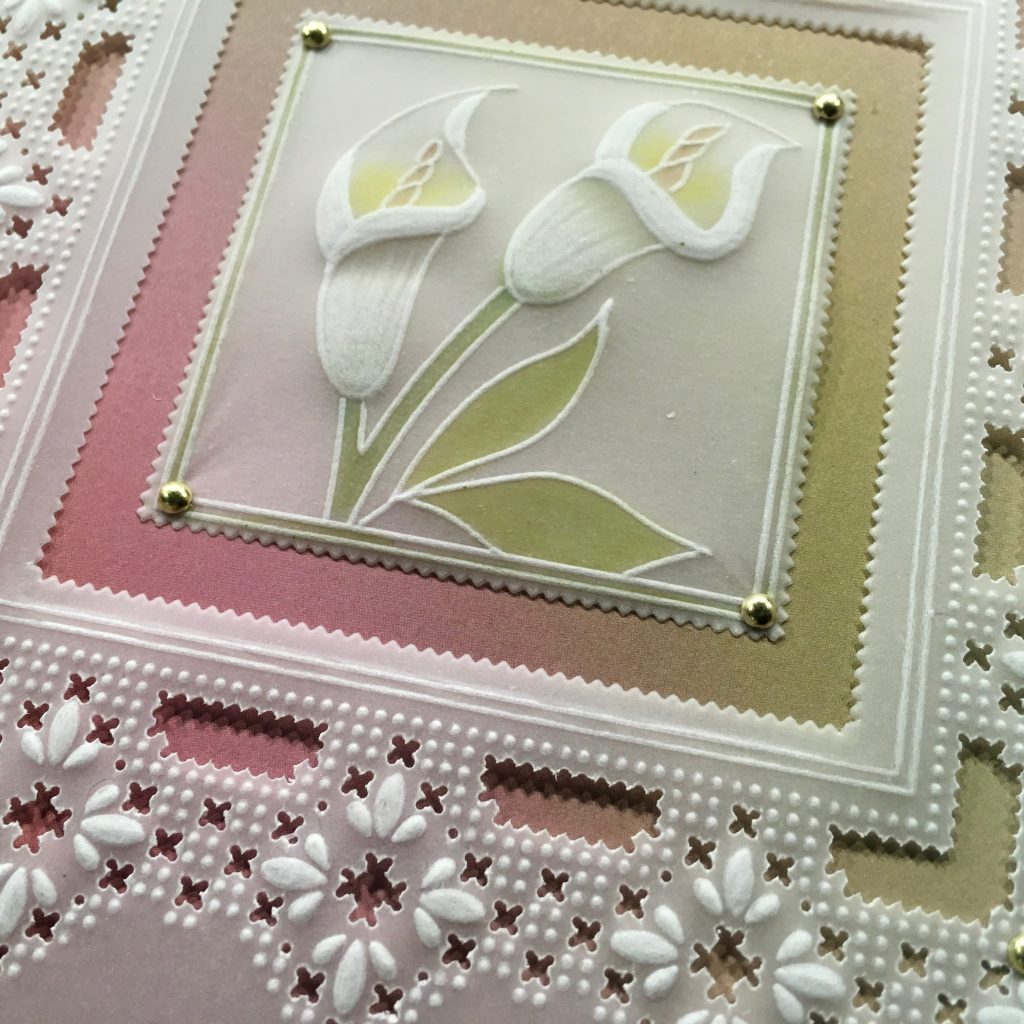 That’s it in a nutshell. Piece of cake when you know how. Or should I say with these plates! Finally I can do beautiful gridwork. I do hope I was able to explain the way they work clearly on telly. If not, head on over to Groovi Worldwide on Facebook! There are loads of experts who can help over there!!

Time to call it a day. Thank you everybody who helped make the launch such a success!