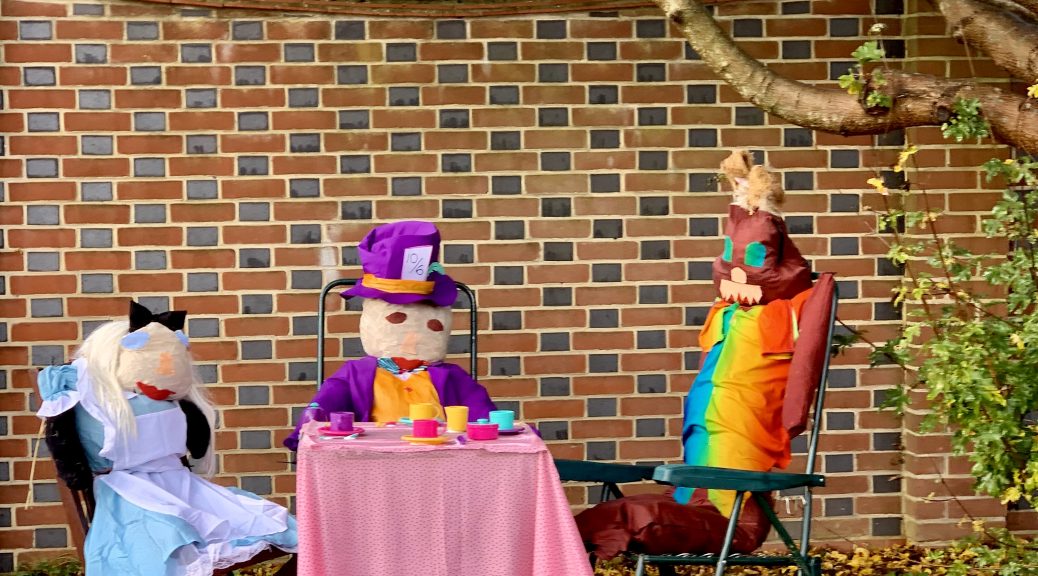 Thanks for popping in. Apologies for the late post. It will take a couple of days to get back on the early train again! The NEC certainly knocks the stuffing out of ya!

On the way to work through Edenbridge today, we were waiting at the lights, and look what was set up on the side of the road to the left!

How cool is that?!? So I whipped out my phone, as you do, and took a quick pic. There’s a scarecrow competition in Edenbridge apparently, so as soon as we got home this evening, I went online and investigated further. What a hoot! Check these out…

Look at the eyes on this one!!

Harry Potter on the Quidditch broom!

This one’s waiting for a knee replacement….

This old witch made me laugh. I mean, who thinks of these things!!

And this old tabby is hilarious! Cellulite just took on a whole new meaning!!

I defy you to say this isn’t craft! Can you imagine the fun kids and folks have had creating these scarecrows?

How about getting involved in the voting? You don’t have to be an Edenbridge resident to vote! You just have to go to the facebook page and like the one you want to win! Go on. Join in! The makers will be thrilled when hundreds – nay, thousands of us – cast our votes all over the UK and the world!!! CLICK HERE TO VOTE. Just LIKE the one you would like to see win! I must be honest. I liked several of them!!

You may as well vote for one of these – at least you know your vote will count for something !!

And on that contentious vote-note, I shall stop for the day!