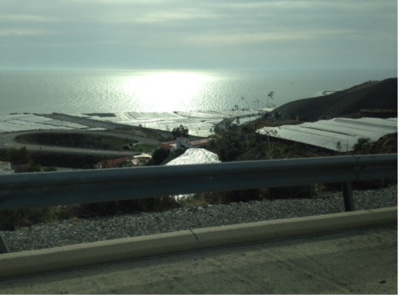 Hola!
Thanks for joining us as we head towards our third and final stopping place: Carboneras, a little fishing village on the coast near Almería.
Today’s blog may not be what you expected, any more than the Costa del Sol was what I anticipated. I lived down here near Málaga for a few months when I was studying Spanish, you see. I suppose it often happens, doesn’t it, that the mind locks in a memory, almost like a film. And you fully expect to play the film just as it was when you return. Even after over 30 years, you think the actors may be different, but the countryside and the region will be unchanged.
Laurie Lee put it beautifully in his novel “a Rose for Winter”, when he was describing visiting an old haunt…
“The town after all remained the truth, and I the shifting fable.”
Oh boy, did I get a shock. As we drove towards Málaga, I thought my eyes were playing tricks. Where I remembered  acres of rolling hills and vegetation running down to the sea, all I could see for miles and miles was plastic. Plastic tenting. It followed us all along the coast, 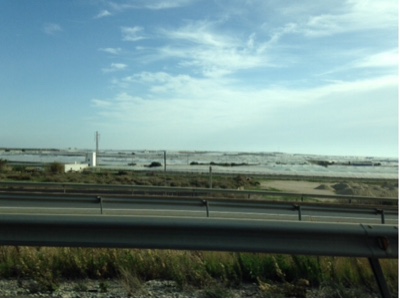 On either side of the coastal highway, 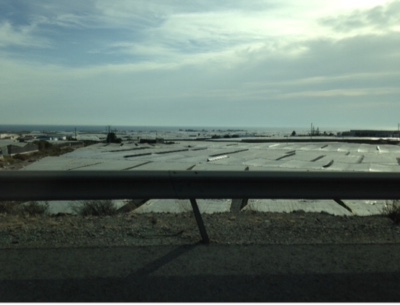 right down to the water, and butted up to hotel resorts.
I was expecting the concrete high rise holiday resorts;
I really wasn’t expecting the plastic sheets which completely covered almost every square foot of land.
Farmer Dave was well informed. He was fully aware of the way the plants are grown here, in a soup of chemicals and fertilizer under acres of plastic. But even he was shocked at the scale of this development. It’s an estimated 135 square miles under plastic.
It was very upsetting to see actually. Bloody awful. I understand that people have created the demand for supermarkets to provide us with tomatoes and other vegetables all year round, for out of season salad and so on.
“Get it anytime. Fresh all year round” and all that jazz.
But one thing is for sure: Barbara Gray will only be eating in-season vegetables from now on. And tomatoes from Spain? Never again. I spoke to a young Spanish woman here in the town, and expressed my shock at the surrounding countryside. She shook her head and told me that she had worked in a sorting and packing factory for the tomatoes. They had had to wear protective masks there because of the chemical fumes from the fruits. Disturbing??
First thing next season, Barbara is going to get Dave to build a greenhouse, and then she is going to grow tomatoes. Cherry tomatoes. And peppers. And aubergines. And we thought they were sun kissed fruits of the earth! They don’t even see soil apparently! If an area is too hilly, they simply send the diggers in.
Call me picky, but I’d rather buy organic or naturally grown from now on. I usually bypassed that aisle because of the price. But hey.
You have to see this to comprehend the vastness of it. And don’t mention EU subsidies to Dave (!!?##!!)
So there. Found a neat hotel at the end of the beach.
Room with a view, or what?! 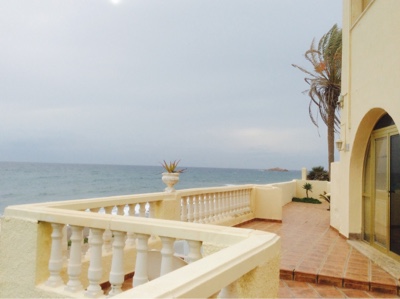